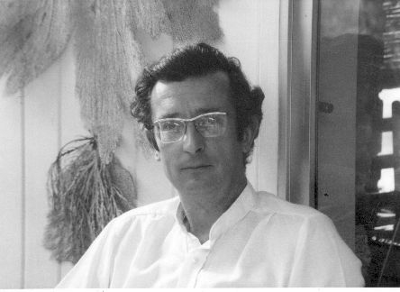 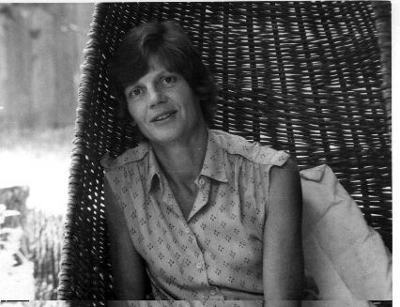 Pops, on your last great journey, we hope that you are floating above the world, serene and all seeing, content that you lived a full and great life, and will be sorely missed by all who have been privileged to have known you

In closing, an insight through the eyes of a child, Camerons comment at dinner that “Opie is not dead, he is cunningly concealed amongst us” and that your memory lives on!

WELCOME – GOOD MORNING ON BEHALF OF SARA AND THE YOUNG FAMILY A VERY WARM WELCOME TO YOU.

I am Brian Richardson and over the last 27 years have known Brian as a boss, colleague, mentor and friend.

It is a privilege to have been asked by Sara to speak today at Brian’s funeral. However, writing a eulogy is always awash with emotions and after a number of hours of being lost in my own memories of Brian I was no further forward in collating these thoughts into something that would make sense.

I then decided to o what Brian would have done and what he endeavored to teach me over many years.

A) analyse the situation

b) Define the objectives

c) Get on with the execution and you will achieve these objectives.

So that is what I did, so what are funerals for? Well I figure the objectives to be as follows:-

So once I had successfully applied the Dr Brian Young thinking and got some clarity into my thought process I became prepared to deal with what s needed to be done and said today.

Grief is a very difficult emotion to understand and to deal with so we have decided to read to you some thoughts from Cardinal Basil Hume on Grief.

Silence is the best response to another’s grief.

Not the silence that is a pause in speech,

awkward and unwanted, but one that unites heart to heart.

Love, speaking in silence, is the way into the void of another’s grief.

The best of all loves comes silently,

and slowly too, to soften the pain of grief,

and begin to dispel the sadness.

It is the love of God, warm and true,

Which will touch the grieving heart and heal it.

Nic has told us many things about his dad but what did he do for those long hours that he was away from the home working to support the family?

Well in September of 1962 a young newly wed couple Brian and Sara came out to South Africa and Brian joined the Crown Mine’s research facility to led a special research team under Noel Pope’s direction.

This team was set up by Ted Brown in parallel to the De Beers researches in an effort to overcome the tungsten carbide problems that were being experienced in the diamond synthesis process. To put this in layman’s terms Anglo and De Beers were trying to make diamonds. – You can’t make gold but you can make diamonds.

The Swedes and General Electric in the USA were doing it but it was a very closely guarded secret as to how it was done.

Brian and his team devised the basic geometry of the belt system which is still used by De Beers today in the synthesis of diamonds.

Brian’s successes were recognized and he followed Noel Pope as head of the Boart Research Facility.

In January 1973 whilst the Young family was holidaying at Umngazi the announcement was made for a significant promotion for Brian. He was to head up the groups operations at Springs.

Over the next 10 years Brian very capably managed and grew the facility. Many of you will remember in those years it was enormous, it had its won roads, stop streets, sports grounds, shops and canteens. It was the biggest producer of tungsten carbide in the Southern Hemisphere and the biggest producer of integral drill steels in the world and also generated a large chunk of the group’s profits. It was Springs that delivered the cash that enabled the Boart Group to expand internationally.

In 1984 Hilton Davies brought Brian into head office to head up the RTI division. Brian had many of the group’s world wide operations and subsidiaries in his portfolio. For the next 10 years Brain held this position and Sara recalls the immense amount of international travel that was required. It was during this period that I as a young MD of one of the subsidiaries had the privilege of reporting to Brian.

It was during his many and regular visits to my operation that I came to appreciate his wonderful qualities.

In 1994 the group was regionalized along geographic lines and Brian was appointed Group Technical Director and SHEQ Director. Over the next 5 years until his retirement in 1999 he implemented the TQM Six Sigma and Hard work cycles globally as well as drawing the groups technological advances.

From what you have heard about Brian you can now see that he was living proof of how a fine person should be.

He was sincere, gentle, earnest and loyal.

A loving husband, devoted father, a good boss and a true friend and colleague.

He was a strategic thinker, a visionary whom was brilliantly innovative and contributed so much to making Boart Longyear the very special company that I remember it as.

So in closing I would like you to join me in saying a prayer to send Brian (a warm and wonderful individual) on his way. The prayer is contained in the folder that you receive. It is “Prayer of Alcuin of York” and is really an endorsement of the Lord’s Prayer.

Just a short message from Sara to say thanks to you all for the help and support she has received and she knows how proud Brian would be of the way his family has rallied together to support her and one another.

Well I also know that Brian would be pretty proud of us as a group for having achieved the objectives of his funeral.

Only one thing left and that is to have the wake: you are all invited back to Brian and Sara’s home.